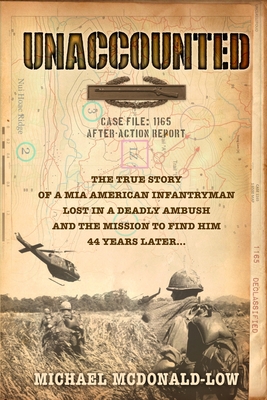 
In stock at publisher: Usually Ships to store in 3-5 Business Days.
This book cannot be returned to our store.
The Vietnam War was an ugly, brutal conflict that ended lives and tortured its survivors. Nobody knows that better than the infantry grunts who served in northern I Corp - Que Son Valley area of operations. More U.S. Army infantrymen and Marines died there than at any other location in Vietnam. More medals for heroism were awarded in this region than in any other single combat location. On 5 May 1968, the downing of two helicopters in the Que Son Valley marked the beginning of the North Vietnamese Army's second Tet offensive and their goal of destroying all U.S. forces. At 1728 hours, Delta Company, 1st Battalion, 20th Infantry conducted a combat air assault to join Bravo Company, 1st Battalion, 6th Infantry at the helicopters fatally downed location. During the next six days, their experiences would set the stage for a three-month-long battle that lasted only hours for some. In the end, there would be more than 2,300 dead and wounded, and one American soldier missing in action. It will take over 44 years to find his location. UNACCOUNTED is his story.