In Storms of Steel (Paperback) 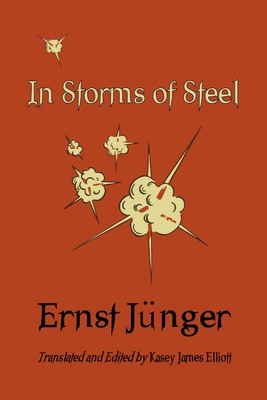 In Storms of Steel (Paperback)


Email or call for price.
First published in 1920, In Storms of Steel (In Stahlgewittern) describes J nger's experiences on the German Western Front in the First World War from December 1914 to August 1918. J nger describes the war from the perspective of a young volunteer who, after being wounded for the first time in Champagne in the spring of 1915, undergoes further training as an infantry officer, and then in the Arras area learns about trench warfare. In the course of his participation in the war events of the following years (including the Battle of the Somme, Third Battle of Flanders, Battle of Cambrai, German Spring Offensive 1918), he developed into an experienced shock troop leader who was mostly deployed on the front lines, was wounded several times, and received high honors. He often finds himself in very dangerous situations, often voluntarily, and apparently more driven by curiosity and a thirst for adventure than a sense of duty, which he survives with his own mixture of good luck, sensory acuity, and cold-blooded determination.