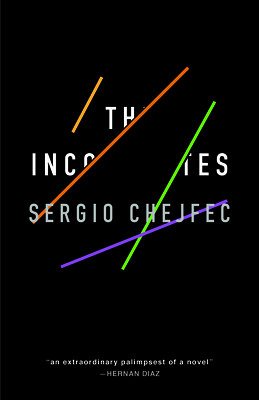 "Now I am going to tell the story of something that happened one night years ago, and the events of the morning and afternoon that followed."

The Incompletes begins with this simple promise. But to try to get at the complete meaning of the day's events, the narrator must first take us on an international tour--from the docks of Buenos Aires, to Barcelona, until we check in at the gloomy Hotel Salgado with the narrator's transient friend Felix in Moscow. From scraps of information left behind on postcards and hotel stationery, the narrator hopes to reconstruct Felix's stay there. With flights of imagination, he conjures up the hotel's labyrinthine hallways, Masha, the captive hotel manager, and the city's public markets, filled with piles of broken televisions.

Each character carries within them a secret that they don't quite understand--a stash of foreign money hidden in the pages of a book, a wasteland at the edge of the city, a mysterious shaft of light in the sky. The Incompletes is a novel disturbed by this half-knowledge, haunted by the fact that any complete version of events is always just outside our reach.