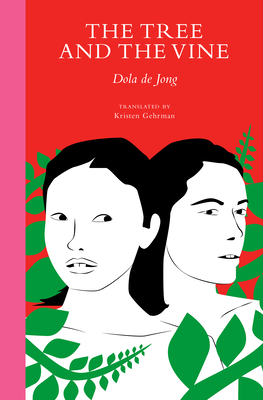 "De Jong depicts the darker, dangerous side of the world of same-sex desire, and the way it's a source of torment--physical and psychological--for those who exist within it."--The Paris Review

When Bea meets Erica at the home of a mutual friend, this chance encounter sets the stage for the story of two women torn between desire and taboo in the years leading up to the Nazi occupation of Amsterdam. Erica, a reckless young journalist, pursues passionate but abusive affairs with different women. Bea, a reserved secretary, grows increasingly obsessed with Erica, yet denial and shame keep her from recognizing her attraction. Only Bea's discovery that Erica is half-Jewish and a member of the Dutch resistance--and thus in danger--brings her closer to accepting her own feelings.

First published in 1954 in the Netherlands, Dola de Jong's The Tree and the Vine was a groundbreaking work in its time for its frank and sensitive depiction of the love between two women, now available in a new translation.

Dola de Jong (1911-2003) was born Dorothea Rosalie de Jong in Arnhem, The Netherlands. She worked as a dancer and a reporter before she fled the country in 1940. Settling first with her husband in Tangiers, she immigrated to the United States. She was the author of sixteen books for adults and children, including The Tree and the Vine and The Field, which won the City of Amsterdam Literature Prize in 1947.