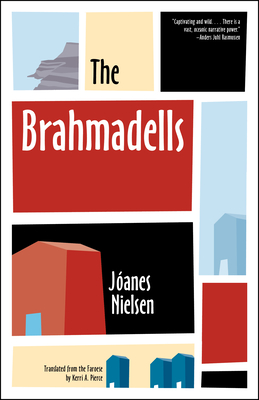 One of the first Faroese books to be translated into English, The Brahmadells is an epic novel chronicling the lives of a particular family--nicknamed the Brahmadells--against the larger history of the Faroe Islands, from the time of Danish rule, through its national awakening, to its independence.

Filled with colorful characters and various family intrigues, the novel incorporates a number of genres and styles as it shifts from individual stories to larger world issues. There are historical documents, including nineteenth-century medical journals, documents detailing the lives of real historical figures, digressions about religion, a measles outbreak, and many other travails, large and small.

Referred to as the Faroese Moby-Dick for its scope, importance, and literary approach, The Brahmadells is a playful, engrossing look at life in an island nation whose rich history is relatively unknown to most English readers.

J anes Nielsen is the author of four novels, a collection of stories, three volumes of essays, and eight poetry collections. He's been nominated on five occasions for the Nordic Council's Literature Prize.

Kerri A. Pierce has published translations from seven different languages, including Justine by Iben Mondrup and The Faster I Walk, The Smaller I Am by Kjersti A. Skomsvold, which was a finalist for the International IMPAC Dublin Literary Award.