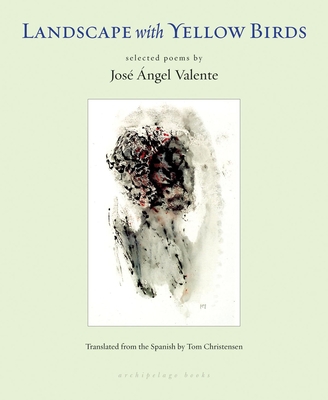 
On Our Shelves Now
For José Ángel Valente, the word was foremost. He was of a generation that came of age under the Franco dictatorship. But unlike many of his contemporaries, he did not often address political or social issues directly in his poems. His influence as a poetic force proved to be much deeper. From the outset Valente’s work was bold yet disciplined, immediate yet lyrical, combining poetic precision with a knack for capturing vital moments and a keen ear for musicality. His chief concern was poetry that explored and transcended itself: poetry as knowledge. A poet of unfailing integrity, he never wavered in his pursuit of the truth of the word. Exploring questions of love, loss, and the spirit, he stripped twentieth-century Spanish poetry of its rhetorical excesses, producing contemplative, introspective, and at times mystical verses, rejecting the facile and embracing silence. In his later years, he turned to stirring, highly distilled prose poems in such works as The Singer Does Not Awaken and Landscape with Yellow Birds. Then the clear melody of his early verse gave way to intensely resonant passages that folded in upon each other and opened startling vistas in unexpected directions. This is the first major selection of Valente’s work to appear in English.
José Ángel Valente (1929–2000) produced more than twenty volumes of poetry and many important essays. He lived in Switzerland from 1958 to 1982, and some of his work was not allowed to be published in Franco’s Spain. Valente expressed that poetry is a "revelation of an aspect of reality to which there is no means of access other than through poetic knowledge." He was awarded the Premio Príncipe de Asturias de las Letras in 1988, the Premio de la Fundación Pablo Iglesias in 1984, the Premio Reina Sofía de Poesía Iberoamericana in 1993, the Premio de la Crítica in 1960 and 1990, and the Premio Nacional de Literatura posthumously in 2000. Upon his death in 2000, The Independent called him "Spain’s greatest contemporary poet."

Thomas Christensen is the author of 1616: The World in Motion and New World/New Words: Recent Writing from the Americas. He has translated, often in collaboration with his wife, Carol Christensen, works by Carlos Fuentes, Julio Cortázar, Alejo Carpentier, and Louis-Ferdinand Céline, among others. He lives in Richmond, California.
Winner of Spain’s Premio Nacional de Literatura

Considered by many to be the major poet of postwar Spain—the primary heir of Machado, Jiménez, García Lorca, and Cernuda—José Ángel Valente has taken a long time to reach English, but Thomas Christensen’s crystalline translation has made it worth the wait. —Eliot Weinberger

One of the most important poets of postwar literature. Valente’s work . . . answers to a single commitment: with the word. —El País

Valente exemplified poetic integrity, pushing poetry into terrains that compete with religious, mystical, and Heideggerian notions of inner being. —The Guardian

The best Spanish poet of the second half of the twentieth century. Valente never put himself in the service of any party or government. —Juan Goytisolo

Valente’s work is the radical adventure of solitude. Within these words an entire life passes, an adventure decisively impassioned by creation and solitary investigation. —ABC (Spain)

"[Valente's] is a furtive poetry, struggling to exist in the interstices between the restrictions of a totalitarian regime and the urge to speak, to bear witness, no matter how obliquely.... It is to the translator’s credit that he has been able to render Valente’s work faithfully without losing its resonance across language and culture." — Pablo Medina, The Brooklyn Rail