Eyes of the Rigel (Paperback) 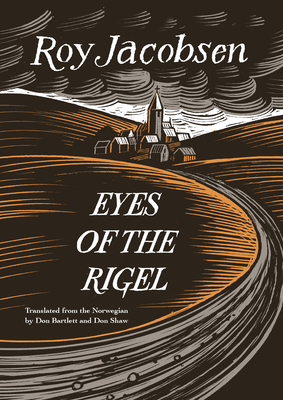 Eyes of the Rigel (Paperback)

The war is over, and Ingrid Barr y leaves the island that shares her name to search for the father of her daughter. Alexander, the Russian POW who survived the sinking of the Rigel, has attempted to cross the mountains to Sweden, and now Ingrid follows, carrying their child in her arms, the girl's dark eyes and a handwritten note her only mementoes of their relationship. Along the way she will encounter partisans and collaborators, refugees and deserters, sinners and servants in a country still bearing the scars of occupation--and before her journey's end, she'll be forced to ask herself how well she really knows the man she's risking everything to find.

Preceded by the International Booker Prize-shortlisted The Unseen and the critically acclaimed White Shadow, Eyes of the Rigel is an unforgettable odyssey and a captivating investigation of memory, guilt, and hope.