The Battle of Lincoln Place: An Epic Fight By Tenants To Save Their Homes (Hardcover) 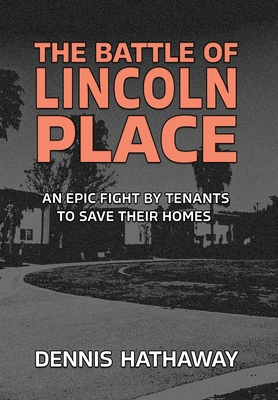 The Battle of Lincoln Place: An Epic Fight By Tenants To Save Their Homes (Hardcover)

The Battle of Lincoln Place is a stirring account of the courage and perseverance shown by the tenants of a large, historic apartment complex who stand up to the greed and heartlessness of their corporate landlords, whose quest for profit threatens to destroy their long-time homes. It follows four women who lead the hundreds of working class and elderly tenants in a desperate struggle on the streets, in the halls of government, and in the courts of law and public opinion, along with a fifth woman who fights for recognition of the forgotten Black architect whose innovative ideas about community and social interaction were featured in the apartment complex's design. It is a story of heartache and joy, of despair and hope, and finally, of the triumph of the human spirit over the forces of indifference and disdain faced by some of the most vulnerable members of our society.