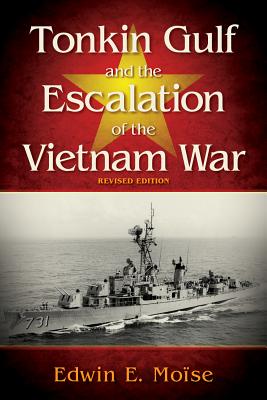 
Email or call for price.
On July 31, 1964, the U.S. Navy destroyer USS Maddox (DD-731) began a reconnaissance cruise off the coast of North Vietnam. On August 2, three North Vietnamese torpedo boats attacked the ship. On the night of August 4, the Maddox and another destroyer, the USS Turner Joy (DD-951), expecting to be attacked, saw what they interpreted as hostile torpedo boats on their radars and reported themselves under attack. The following day, the United States bombed North Vietnam in retaliation. Congress promptly passed, almost unanimously and with little debate, a resolution granting President Lyndon Johnson authority to take all necessary measures to deal with aggression in Vietnam.

The incident of August 4 is at the heart of this book. The author interviewed numerous Americans who were present. Most believed in the moment that an attack was occurring. By the time they were interviewed, there were more doubters than believers, but the ones who still believed were more confident in their opinions. Factoring in degree of assurance, one could say that the witnesses were split right down the middle on this fundamental question. A careful and rigorous examination of all other forms of evidence, including intercepted North Vietnamese naval communications that NSA had not yet released at the time the first edition of this book was published, lead to a firm conclusion that no attack occurred that night.