Catkiller 3-2: An Army Pilot Flying for the Marines in the Vietnam War (Hardcover) 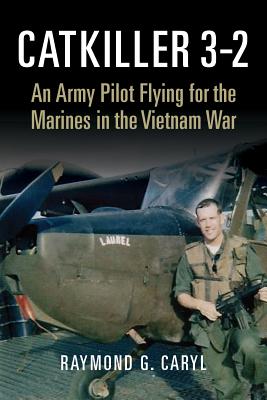 Catkiller 3-2: An Army Pilot Flying for the Marines in the Vietnam War (Hardcover)


Email or call for price.
Catkiller 3-2 provides unique insights into the role of the tactical air controller, airborne (TACA) in I Corps as seen through the eyes of one of the pilots who flew low-flying, unarmed, single-engine aircraft in support of Marine ground units during the Vietnam War. When Gen. William Westmoreland changed the Marines' role in I Corps into a combat one, the Marines found themselves in need of more fixed wing aircraft to handle the TACA missions. The advance party of the Army's 220th Reconnaissance Aircraft Company (RAC) arrived in Vietnam in late June 1965 thinking they were going to be assigned to III Corps Tactical Zone. However, because of the shortage of existing Marine Birddogs, the 220th was immediately reassigned to I Corps and came under the operational control of the Marines.

No other work details the tactics, restrictions, aerial maneuvers, and dangers experienced by the Army pilots and Marine aerial observers flying these missions. As young lieutenants and captains, they had at their beck and call as much authority to request and control artillery and air strikes as ground commanders of much higher rank. Raymond G. Caryl provides unrivaled examples of the cultural mores, attitudes, and recreational activity of these young pilots and observers supporting the ground forces.