War Paint: From the Bishop Indian Reservation to Vietnam (Paperback) 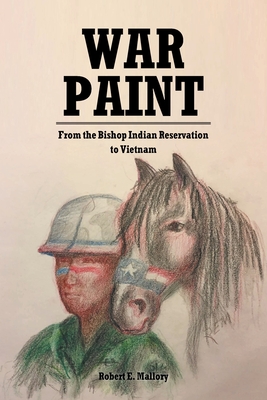 War Paint: From the Bishop Indian Reservation to Vietnam (Paperback)

This is my story as an American Indian leaving the reservation, enlisting in the U.S. Army in 1967 and going to war in Vietnam as so many other American Indians did. The Indians came from all the nations. We enlisted to become warriors like so many of our ancestors. As a young Indian boy who had never left the reservation before. I saw many similarities to my home, in this strange and beautiful country in the trees, the creeks, and the rivers. These are my recollections of the firefights I participated in and the day-to-day life we infantrymen endured. It was said that Company C also known as Charlie Company, was given the name Bandido when a commander was flying over a group of soldiers as they waited in a landing zone to be picked up. Looking down at the men he said, "Those men look like Bandidos." And from that time on they became, Bandido Charlie. Today Bandido Charlie still rides with the 1st Infantry Division, not as an infantry company, but as an armored company. The story of Firebase Cudgel is one of many battles and firefights that the 5th Battalion, 60th Infantry, 3rd Brigade, 9th Infantry Division were participants in during their combat time in Vietnam.