Satan and the Sin Balloons (Hardcover) 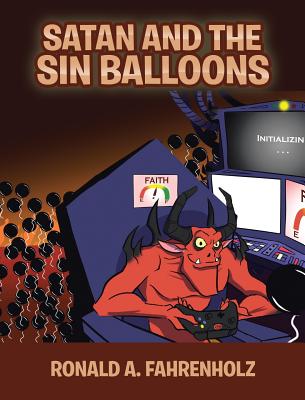 Satan and the Sin Balloons (Hardcover)

By Ronald A. Fahrenholz

This story was written in age appropriate, easy-to-understand language that is tailored specifically for children of age seven to twelve. All the excitement, adventure, and spiritual truths are told in a unique and engaging way-using an Xbox controller and balloons. "Satan decided to make a game out of the competition with God for humans' love. Satan would release sin-filled black balloons that would float up into the sky for every sin committed. Then, when God could no longer see Earth and its people clearly because of all the sin-filled balloons due to so many people doing so many bad things, God would no longer be able to communicate with his beloved children on Earth. Satan also wanted God to give him an Xbox controller, which had a special feature. It could monitor the thoughts and faith of everyone on Earth. In this way Satan could attack people when they were thinking about sinful things, or whenever they felt sad or weak and didn't turn to God. The winner would control people on Earth."