Into the Attic of the World: Captain Kid Is Looking for a Few Brave Recruits (Paperback) 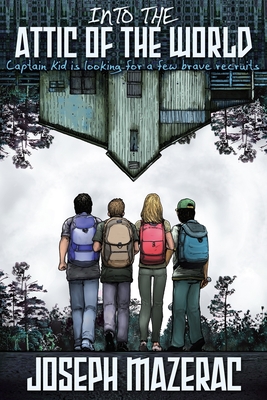 Into the Attic of the World: Captain Kid Is Looking for a Few Brave Recruits (Paperback)

In the summer of 1990, thirteen-year-old Charles Miller lives in a lake-side townhouse in Florida. He has good friends, reasonable parents, and no school for another two months. Life is good, but when a strange boy glides into the neighborhood on a homemade raft, Charles's dreams of leisure are shaken awake by the promise of adventure.

The stranger, introducing himself as "Captain Kid," claims to be from another dimension. With a winsome personality and infectious enthusiasm, he explains he has come to Charles's world on an important quest to find a missing princess known as the Patch Fairy.

This can hardly be believed, but when Charles witnesses too many unexplainable events, he tingles with the understanding that something truly extraordinary is about to happen.

Captain Kid proposes a rescue mission which involves leaving not only the neighborhood Charles grew up in but the entire plane of reality. Also, the captain speaks of monsters. Charles is interested but he's not crazy The mission is too dangerous. However, when his friends eagerly join the quest, Charles is left with an all-important choice: be responsible and stay home or follow Captain Kid up the Reality Deck and into the Attic of the World.