The Kissing of Kissing (Multiverse) (Paperback) 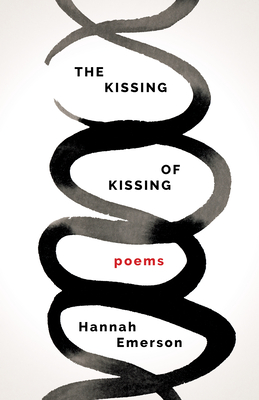 The Kissing of Kissing (Multiverse) (Paperback)


In stock at publisher: Usually Ships to store in 3-5 Business Days.
In this remarkable debut, which marks the beginning of Multiverse--a literary series written and curated by the neurodivergent--Hannah Emerson's poems keep, dream, bring, please, grownd, sing, kiss, and listen. They move with and within the beautiful nothing ("of buzzing light") from which, as she elaborates, everything jumps.

In language that is both bracingly new and embracingly intimate, Emerson invites us to "dive down to the beautiful muck that helps you get that the world was made from the garbage at the bottom of the universe that was boiling over with joy that wanted to become you you you yes yes yes." These poems are encounters--animal, vegetal, elemental--that form the markings of an irresistible future. And The Kissing of Kissing makes joyously clear how this future, which can sometimes seem light-years away, is actually as close, as near, as each immersive now. It finds breath in the woods and the words and the worlds we share, together "becoming burst becoming / the waking dream."

With this book, Emerson, a nonspeaking autistic poet, generously invites you, the reader, to meet yourself anew, again, "to bring your beautiful nothing" into the light.

Hannah Emerson is the author of The Kissing of Kissing. She is also the author of a chapbook, You Are Helping This Great Universe Explode. Emerson is a nonspeaking autistic artist and poet whose work has graced BOMB Magazine, the Poetry Society of America, Literary Hub, and the Brooklyn Rail. She lives in Lafayette, New York