Beyond the Rainbow (Paperback) 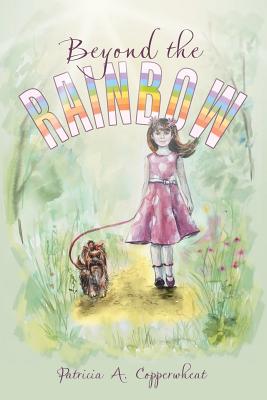 Beyond the Rainbow (Paperback)

Beyond the Rainbow takes you on the spiritual journey of Dorthea, an introverted preteen who lacks identity and purpose. In infancy, Dorthea's unprepared grandparents were called upon to raise her after the death of her parents. As Dorthea grows older she escapes into her own imaginary world, allowing no other significant relationships except for her dog. An unexpected threat of losing her canine friend causes her structured world to shatter, forcing her to seek a solution and pursue some unanswered questions.

The journey is launched through a lifelike dream, where Dorthea experiences new trials, tribulations, and encounters. She is taken to the imaginary Land of Indecision where evil curses and deception place the inhabitants into bondage. As she meets the characters in her dream, to include a raggedy man, lumberjack, and scaredy- cat, her true identity emerges. A new heart, wisdom, and courage surface.

As wicked forces come against Dorthea, she flees from the Land of Indecision to the Land of Promises in pursuit of a new purpose and destiny. A supernatural encounter opens a door to Heaven and turns the key to Dorthea's heart. Dorthea discovers the place Beyond the Rainbow where her Heavenly Father reigns. His promises of hope, life, and purpose are revealed. As she awakens from her dream, another journey begins with new relationships, opportunities, and revelation beyond what she could ever imagine.

The invitation to this place is open to all. If you ask, it will be given to you. If you seek, you will find it. If you knock, it will be opened to you (Matthew 7:7).