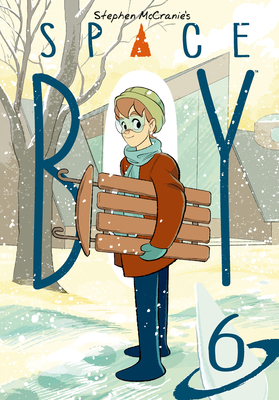 
Email or call for price.
A sci-fi drama of a high school aged girl who belongs in a different time, a boy possessed by emptiness as deep as space, an alien artifact, mysterious murder, and a love that crosses light years.

To Amy, everyone has a flavor . . . and she has finally figured out Oliver's! His flavor is orange with a hint of cinnamon--bright and alive, full of passion and love.

Amy's friends are hurting, Cassie and David broke up, Amy is failing history, and she is afraid Oliver is going somewhere far away and never coming back . . . but even if she can't fix everything for her friends, it still means something to be there with them. And working on her extra credit might just help Amy discover answers to some of the mysteries surrounding Oliver.
Stephen McCranie is the writer and illustrator for Space Boy and Mal and Chad, all-ages graphic novel series. Stephen grew up drawing comics from an early age. He eventually earned a Fine Arts degree at the University of New Mexico. Stephen originally created Mal and Chad as a comic strip for the UNM school newspaper.