Night Birds and Other Stories (Paperback) 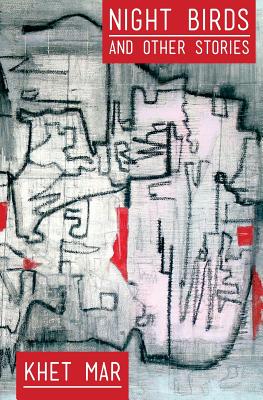 Night Birds and Other Stories (Paperback)


On Our Shelves Now: We will email when ready for pick up
This book cannot be returned to our store.
Since the age of 19, Khet Mar has been persecuted by the Burmese government enduring arrests, torture, incarcerations, and threats to her life. She fought back through her writing, political activism, and social work until she was forced to flee the country in 2009. Her novel Night Birds was banned in 1993, her nonfiction piece Life Row blacklisted in 2007. The same year, the government censored several paragraphs of Night Flow, highlighted in this book.
Khet Mar is a Burmese journalist, novelist, short story writer, poet, and essayist who has written about the true lives of ordinary people and the current situation in Burma. Her works have been translated into Japanese, Spanish, and English, broadcasted and made into a short film in Japan. In 2007 she participated in the prestigious International Writing Program at the University of Iowa. In 2009 she was a featured writer at the PEN World Voices Festival. From 2009 to 2012 she was a writer-in-residence at City of Asylum in Pittsburgh, which provides sanctuary to writers exiled under threat of severe persecution in their native countries. Khet Mar currently works for Radio Free Asia in Washington, D.C.