Across the Stars (Paperback) 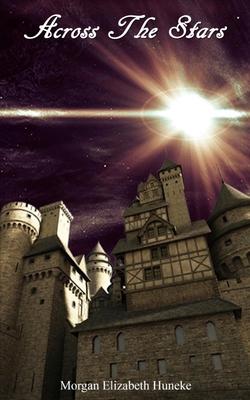 Across the Stars (Paperback)


In stock at publisher: Usually Ships to store in 3-5 Business Days.
This book cannot be returned to our store.
A prince becomes king. A boy comes to grips with his mother's death. A girl faces a difficult decision. A young man learns the consequences of his rashness. A rabbit travels through space. And in another part of the universe, five children begin the adventure of a lifetime.After a midnight journey through the far reaches of space, Sara, Charles, Jack, Hetty, and Lu Watson find themselves on Emoria; a planet ruled by wicked King Jorrid, and the home of an oppressed people, waiting to be set free. There they meet Felix Walker, the poorly treated son of King Jorrid's general. Together with Felix, the Watsons put together a force for the purpose of freeing Emoria. But will their small band of farmers and children be able to stand against the king's massive army?
Morgan Elizabeth Huneke is a homeschooled high school student who lives in Georgia. She has enjoyed creating characters and writing stories since early childhood. Her other interests include reading, playing the piano and violin, and politics.