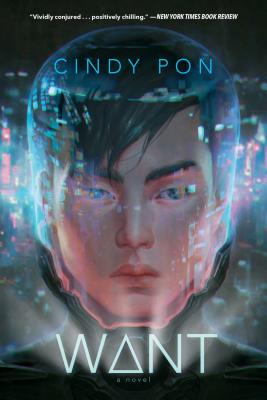 Set in a near-future Taipei plagued by pollution, a group of teens risk everything to save their city in this thrilling novel from critically acclaimed author Cindy Pon.

Jason Zhou survives in a divided society where the elite use their wealth to buy longer lives. The rich wear special suits, protecting them from the pollution and viruses that plague the city, while those without suffer illness and early deaths. Frustrated by his city’s corruption and still grieving the loss of his mother who died as a result of it, Zhou is determined to change things, no matter the cost.

With the help of his friends, Zhou infiltrates the lives of the wealthy in hopes of destroying the international Jin Corporation from within. Jin Corp not only manufactures the special suits the rich rely on, but they may also be manufacturing the pollution that makes them necessary.

Yet the deeper Zhou delves into this new world of excess and wealth, the more muddled his plans become. And against his better judgment, Zhou finds himself falling for Daiyu, the daughter of Jin Corp’s CEO. Can Zhou save his city without compromising who he is, or destroying his own heart?
Cindy Pon is the author of Silver Phoenix, which was named one of the Top Ten Fantasy and Science Fiction Books for Youth by Booklist, and one of 2009’s Best Fantasy, Science Fiction and Horror by VOYA. Serpentine and Sacrifice were both Junior Library Guild selections and received starred reviews from School Library Journal and Kirkus Reviews, respectively. She also wrote Want, which is a Freeman Book Award Honorable Mention and Ruse. She is the cofounder of Diversity in YA with Malinda Lo and on the advisory board of We Need Diverse Books. Cindy is also a Chinese brush painting student of over a decade. Learn more about her books and art at CindyPon.com.
Paste Magazine’s Best YA Novel of 2017
A Junior Library Guild Selection

"A strong sci-fi novel that will entice an array of readers." —School Library Journal

"A gripping, fast read that blends cultural elements, edgy tech, and a future coming out of a recognizable pollution-heavy current path." —BCCB

“Cindy Pon's sci-fi debut envisions a world that could very easily become our own.” —Beth Revis, author of the New York Times bestselling Across the Universe series

“A story brimming with high-octane action. What a rollercoaster!” —Marie Lu, author of the New York Times bestselling The Young Elites trilogy

“You will not find a more plausible or terrifying dystopian future, and if you've always wanted to visit Taipei, this book is a first-class ticket.” —Ann Aguirre, author of the New York Times bestselling Razorland trilogy