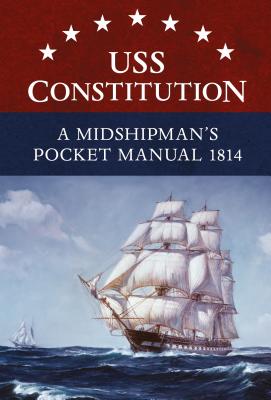 Launched in 1797, USS Constitution is a wooden-hulled, three-masted heavy frigate of the United States Navy. The Constitution's first duties with the newly formed US Navy were to provide protection for American merchant shipping during the Quasi-War with France and to defeat the Barbary pirates in the First Barbary War. She is renowned for her actions during the War of 1812 against the Britain, when she captured numerous merchant ships and defeated five British warships: HMS Guerriere, Java, Pictou, Cyane, and Levant.

The battle with Guerriere earned her the nickname "Old Ironsides" and a longstanding public adoration that has repeatedly saved her from scrapping. She continued to serve as flagship in the Mediterranean and African squadrons, and circled the world in the 1840s. During the American Civil War, she served as a training ship for the United States Naval Academy. Retired from active service in 1881, Constitution served as a receiving ship until designated a museum ship in 1907. Constitution sailed under her own power for her 200th birthday in 1997, and again in August 2012 to commemorate the 200th anniversary of her victory over Guerriere.

The book comprises a series of documents and illustrations that give information on the building of the ship, her wartime service history and life on board ship during the years of her service.

Eric L Clements is the author of Captain of the Carpathia. He is Professor of History at the University of Missouri and a naval enthusiast.
". . . I would highly recommend this book to any modeler or historian wanting unique reference to Old Ironsides as the book is well written and informative." - IPMS/USA