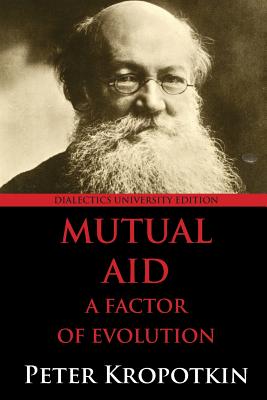 
In stock at publisher: Usually Ships to store in 3-5 Business Days.
This book cannot be returned to our store.
In Mutual Aid, Peter Kropotkin attacks the use of Darwinism as a social theory, arguing that cooperation is as important as competition. Examining animals, indigenous societies, medieval cities, and the modern era, Kropotkin demonstrates the importance of cooperation to evolution and survival. This Dialectics edition includes Kropotkin's extensive notes. Each note is placed as a footnote at the bottom of the page in which it appears. Peter Kropotkin (1842-1921) was born a Russian prince, but abandoned his title at the age of twelve. He escaped from his first imprisonment and lived the bulk of his life in exile. Though he was a skilled geographer, he is most known for being an important theorist of anarchism and anarchist communism.