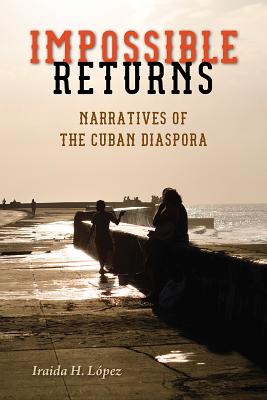 "Soulfully researched and elegantly written, the personal and the critical converge into a reading of Cuban American memoirs by 'one-and-a-halfers, ' those in a generation who left the island in childhood and early adolescence."--Eliana S. Rivero, author of Discursos desde la di spora "Timely and salient. In addition to tracing the trajectory of narratives of return, this study puts into relief the idea that there is no singular process of return."--Andrea O'Reilly Herrera, author of Cuban Artists across the Diaspora: Setting the Tent against the House "Outstanding. L pez's interpretation of the narratives of the migr 's real or imagined returns to their homeland is insightful, sensitive, well documented, and informed by current debates about diasporas, exile, transnationalism, and identity."--Jorge Duany, author of Blurred Borders: Transnational Migration between the Hispanic Caribbean and the United States While the stories and resettlement patterns of Cubans who have left their home island have been widely documented, the subject of return in the Cuban diaspora remains understudied. In this one-of-a-kind volume, Iraida L pez explores various narratives of return by those who left Cuba as children or adolescents. Including memoirs, semi-autobiographical fiction, and visual arts, many of these accounts feature a physical arrival on the island while others depict a metaphorical or vicarious experience by means of fictional characters or childhood reminiscences. As two-way migration increases in the post-Cold War period, many of these narratives put to the test the boundaries of national identity. Through a critical reading of works by Cuban American artists and writers like Mar a Brito, Ruth Behar, Carlos Eire, Cristina Garc a, Ana Mendieta, Gustavo P rez Firmat, Ernesto Pujol, Achy Obejas, and Ana Men ndez, L pez highlights the affective ties as well as the tensions underlying the relationship between returning subjects and their native country. Impossible Returns also looks at how Cubans still living on the island depict returning migr's in their own narratives, addressing works by Jes's D az, Humberto Sol's, Carlos Acosta, Nancy Alonso, Leonardo Padura, and others. Blurring the lines between disciplines and geographic borders, this book underscores the centrality of Cuba for its diaspora and bears implications for other countries with widespread populations in exile.

Iraida H. Lopez is professor of Spanish and Latino/a and Latin American studies at Ramapo College of New Jersey."