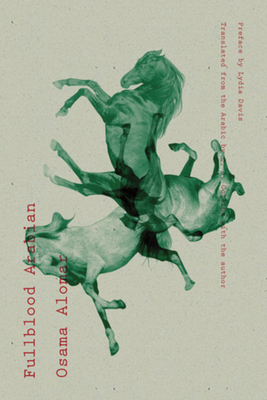 A New Directions Poetry Pamphlet by one of the most well-respected Arabic poets writing today, with an introduction by Lydia Davis

Osama Alomar was born in Damascus, Syria in 1968 and now lives in Chicago. A poet, short-story writer, and musician, Alomar is the author of three collections of short stories and a volume of poetry. He is a regular contributor to various newspapers and journals within the Arab world.

C. J. Collins is a librarian and a translator based in Queens, NY.

Lydia Davis is the author of one novel and seven story collections. Her collection Varieties of Disturbance: Stories was a finalist for the 2007 National Book Award. She is the recipient of a MacArthur fellowship, the American Academy of Arts and Letters’ Award of Merit Medal, and was named a Chevalier of the Order of the Arts and Letters by the French government for her fiction and her translations of modern writers, including Maurice Blanchot, Michel Leiris, and Marcel Proust. Lydia Davis is the winner of the 2013 Man Booker International Prize.
Marvellous compressions.
— John Madera - Big Other

In Alomar''s stories [...] fantasy never devolves into mere whimsy. His magical imaginative creations are, every one, inspired by his deeply felt philosophical, moral, and political convictions, giving these tales a heartfelt urgency
— Lydia Davis - The New Yorker

The stories'' distinctive flavour comes from Alomar''s masterful shifts of character perspective within extremely tight parameters […] The book is full of these moments which trip you up, swing bluntly from one psyche to another, rapidly decelerate time and play with scale, all of it exposing the delicate balance of our presumptions and allegiances; the small dictatorships that we foster second by second.
— Emma Jacobs - Asymptote Blog

[His stories] convey a raw combination of beauty and resignation, as if the two were created to reside under the same roof, hope and hurt at one […] Alomar is a man of small but universally affecting insights.
— The American