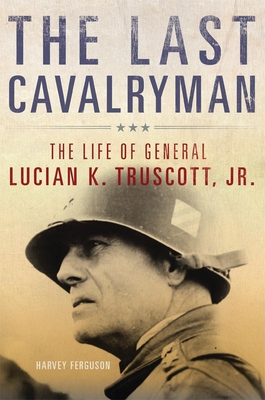 "Truscott was one of the really tough generals," soldier-cartoonist Bill Mauldin of the 45th Infantry Division once wrote. "He could have eaten a ham like Patton for breakfast any morning and picked his teeth with the man's pearl-handled pistols." Not one merely to act the part of commander, Mauldin remembered, "Truscott spent half his time at the front--the real front--with nobody in attendance but a nervous Jeep driver and a worried aide." In this biography of Lucian K. Truscott, Jr., author Harvey Ferguson tells the story of how Truscott--despite his hardscrabble beginnings, patchy education, and questionable luck--not only made the rank of army lieutenant general, earning a reputation as one of World War II's most effective officers along the way, but was also given an honorary promotion to four-star general seven years after his retirement. For all his accomplishments and celebrated heroic action, Truscott was not one for self-aggrandizement, which may explain in part why historians have neglected him until now. The Last Cavalryman, drawing on personal papers only recently made available, gives the first full picture of this singular man's extraordinary life and career. Ferguson describes Truscott's near-accidental entry into the U.S. Cavalry (propelled by Pancho Villa's 1916 raids) and his somewhat halting rise through the ranks--aided by fellow cavalryman George S. Patton, Jr., who steered him into the nascent armored force at the right time. The author takes us through Truscott's service in the Second World War, from creating the U.S. Army Rangers to engineering the breakout from Anzio and leading the "masterpiece" invasion of southern France. Ferguson finishes his narrative by detailing the general's postwar work with the CIA, where he acted as President Dwight Eisenhower's eyes and ears within the agency. A compelling story in itself, this biography of Lucian K. Truscott, Jr.--a cavalryman to the last--fills out an important chapter in American military history.