The Republic Reborn: War and the Making of Liberal America, 1790-1820 (New Studies in American Intellectual and Cultural History) (Paperback) 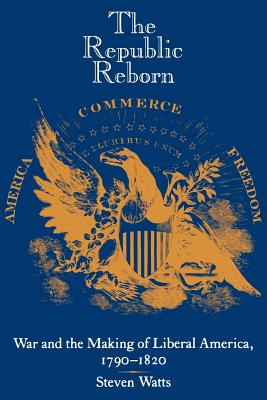 The Republic Reborn: War and the Making of Liberal America, 1790-1820 (New Studies in American Intellectual and Cultural History) (Paperback)

The War of 1812 played a critical role in the emergence of an American "culture of capitalism." In The Republic Reborn Steven Watts offers a brilliant new interpretation of the war and the foundation of liberal America. He explores the sweeping changes that took place in America between 1790 and 1820--the growth of an entrepreneurial economy of competition, the devlopment of a liberal political structure and ideology, and the rise of a bourgeois culture of self-interest and self-control. "Serving as a vehicle for change and offering an outlet for the anxieties of a changing socity," Watts writes, the War of 1812 "ultimately intensified and sanctioned the imperatives of a developing world-view."

Steven Watts teaches intellectual and cultural history at the University of Missouri.