The Crime and the Silence: Confronting the Massacre of Jews in Wartime Jedwabne (Paperback) 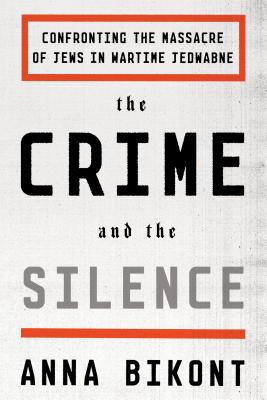 The Crime and the Silence: Confronting the Massacre of Jews in Wartime Jedwabne (Paperback)

Winner of the National Jewish Book Award in the Holocaust category

A monumental work of nonfiction on a wartime atrocity, its sixty-year denial, and the impact of its truth

Jan Gross's hugely controversial Neighbors was a historian's disclosure of the events in the small Polish town of Jedwabne on July 10, 1941, when the citizens rounded up the Jewish population and burned them alive in a barn. The massacre was a shocking secret that had been suppressed for more than sixty years, and it provoked the most important public debate in Poland since 1989. From the outset, Anna Bikont reported on the town, combing through archives and interviewing residents who survived the war period. Her writing became a crucial part of the debate and she herself an actor in a national drama.
Part history, part memoir, The Crime and the Silence is the journalist's account of these events: both the story of the massacre told through oral histories of survivors and witnesses, and a portrait of a Polish town coming to terms with its dark past. Including the perspectives of both heroes and perpetrators, Bikont chronicles the sources of the hatred that exploded against Jews and asks what myths grow on hidden memories, what destruction they cause, and what happens to a society that refuses to accept a horrific truth.
A profoundly moving exploration of being Jewish in modern Poland that Julian Barnes called "one of the most chilling books," The Crime and the Silence is a vital contribution to Holocaust history and a fascinating story of a town coming to terms with its dark past.

Anna Bikont is a journalist for Gazeta Wyborcza, the main newspaper in Poland which she helped found in 1989. For her articles on the crimes of Jedwabne and Radzilów, she was honored in 2001 with Poland's most prestigious award in journalism, The Press Prize. In 2011 she received the European Book Prize for Le crime et le silence, the French version of The Crime and the Silence. Bikont was a Cullman Fellow of the New York Public Library.

Alissa Valles is the author of Orphan Fire and the editor and cotranslator of Zbigniew Herbert's Collected Poems: 1956-1998 and Collected Prose: 1948-1998.

“The Crime and the Silence is an astonishing act of investigation and documentation . . . A terrifying and necessary book, unsparing in its detail, but deeply heartening as an act of historical reclamation.” —Julian Barnes

“Bikont combines the persistence and energy of a journalist with the humanity and care of a poet.” —Timothy Snyder

“A daring exposure . . . Bikont's fearless research-she even confronted the brothers known to have led the Jedwabne murders-makes this a fantastic book. It was first published in Poland in 2004, and the European Book Prize it won in 2011 (for the French version) should be only the first of many awards for this significant work.” —Kirkus Reviews (starred review)

“Bikont's unflinching assessment of the anti-Semitism that is endemic even now in Poland will appeal not only to those with an interest in Polish-Jewish relations but anyone curious about the difficult process of a country coming to terms with its history of violence against a minority.” —Library Journal

“The quality of [Bikont’s] journalism is something very special. An extraordinary interviewer, she developed relationships with the most unlikely cast of characters.” —Marci Shore, The Wall Street Journal