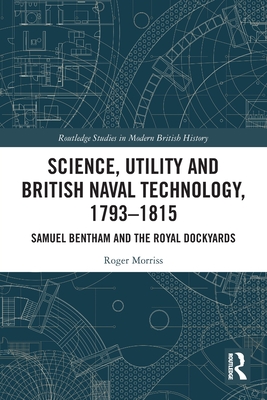 During the French Revolutionary and Napoleonic Wars, the technology employed by the British navy changed not just the material resources of the British navy but the culture and performance of the royal dockyards. This book examines the role of the Inspector General of Naval Works, an Admiralty office occupied by Samuel Bentham between 1796 and 1807, which initiated a range of changes in dockyard technology by the construction of experimental vessels, the introduction of non-recoil armament, the reconstruction of Portsmouth yard, and the introduction of steam-powered engines to pump water, drive mass-production machinery and reprocess copper sheathing. While primarily about the technology, this book also examines the complementary changes in the industrial culture of the dockyards. For it was that change in culture which permitted the dockyards at the end of the Wars to maintain a fleet of unprecedented size and engage in warfare both with the United States of America and with Napoleonic Europe.

Roger Morriss was a curator at the National Maritime Museum in London between 1979 and 1995. From 1997 he taught maritime and naval history at the University of Exeter and at the Greenwich Maritime Institute, University of Greenwich. Between 2000 and 2013, he was General Editor of the Navy Records Society. He has published eight other books on naval history.