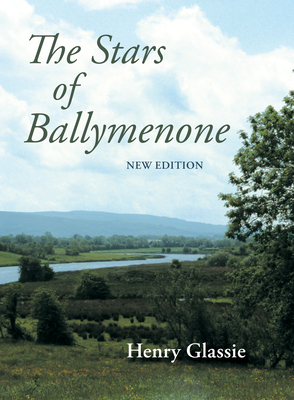 In the time of the Troubles, when bombs blew through the night and soldiers prowled down the roads, Henry Glassie came to the Irish borderland to learn how country people endure through history. He settled into the farming community of Ballymenone, beside Lough Erne in the County Fermanagh, and listened to the old people. For a decade he heard and recorded the stories and songs in which they outlined their culture, recounted their history, and pictured their world. In their view, their world was one of love, defeat, and uncertainty, demanding the virtues of endurance: faith, bravery, and wit.

Glassie's task in this book is to set the scene, to sketch the backdrop and clear the stage, so that Hugh Nolan and Michael Boyle, Peter Flanagan, Ellen Cutler, and their neighbors can tell their own tale, which explains their conditions and converts them into a tragedy of conflict and a comedy of the absurd. It gathers the saints and warriors, and celebrates the stars whose wit enabled endurance in days of violence and deprivation.

With patience and respect, Glassie describes life in a time and a place exactly like no other, and yet Ballymenone is like a thousand other places where people work on the land during the day and tell their own tales at night, forgotten, while the men of power fill the newspapers and history books by sending poor boys out to be killed.

The Stars of Ballymenone is an integrated analysis of the complete repertory of verbal art from a rural community where storytelling and singing of quality remained a part of daily life.

Henry Glassie is Professor Emeritus of Folklore at Indiana University and author of many books, including Prince Twins Seven-Seven (IUP), The Potter's Art (IUP), Vernacular Architecture (IUP), Passing the Time in Ballymenone (IUP), and Turkish Traditional Art Today (IUP). His books have won a host of awards and three of his works have been named notable books of the year by the New York Times.