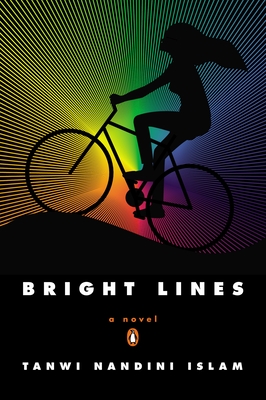 
Email or call for price.
Named a finalist for the Center for Fiction First Novel Prize, the Brooklyn Eagles Literary Prize, and the Edmund White Debut Fiction Award

ONE OF THE CUT’S 13 BOOK RECOMMENDATIONS CELEBRATING PRIDE MONTH

A vibrant debut novel, set in Brooklyn and Bangladesh, follows three young women and one family struggling to make peace with secrets and their past

For as long as she can remember, Ella has longed to feel at home. Orphaned as a child after her parents’ murder, and afflicted with hallucinations at dusk, she’s always felt more at ease in nature than with people. She traveled from Bangladesh to Brooklyn to live with the Saleems: her uncle Anwar, aunt Hashi, and their beautiful daughter, Charu, her complete opposite. One summer, when Ella returns home from college, she discovers Charu’s friend Maya—an Islamic cleric’s runaway daughter—asleep in her bedroom.

As the girls have a summer of clandestine adventure and sexual awakenings, Anwar—owner of a popular botanical apothecary—has his own secrets, threatening his thirty-year marriage. But when tragedy strikes, the Saleems find themselves blamed. To keep his family from unraveling, Anwar takes them on a fated trip to Bangladesh, to reckon with the past, their extended family, and each other.
Tanwi Nandini Islam is a writer, multimedia artist, and founder of Hi Wildflower Botanica, a handcrafted natural perfume and skincare line. A graduate of Vassar College and Brooklyn College’s MFA program, she lives in Brooklyn.
“Bright Lines is set in Brooklyn during the summer of 2003, the summer of the Blackout, and Ella is a young Bangladeshi woman growing up there, beginning the process of coming out to herself and to her adoptive uncle’s family as queer, while also being crushed out on her cousin Charu, whom she lives with. By the time we get to Charu’s friend Maya, we are in deep. This is a novel that let me travel a little more fully into this city that I love, even as it reminded me of so much of why I love it in summer.”
—Alexander Chee, Vulture.com

“The miracles in Bright Lines are the understated moments of family telepathy. . . . An understated queer coming-of-age, a study of how much work it is to be a family, and a snapshot of a disappearing Brooklyn, set against the ghosts of the past, and a search for home.”
—NPR.org

“A family, blended in unexpectedly compassionate ways, takes you on a tour of Brooklyn’s Atlantic Avenue, Bangladesh, and all the ways we make our lives more complicated than they ever had to be. For many of Islam's well-crafted characters, home is a place they’ve never actually been, but somehow dream to return to someday.”
—Ashley Ford, Elle.com

“So many narratives about being queer and brown are flat stories about the tension between living an authentic queer life and adhering to the oppressive traditions of your immigrant family. Those narratives are spoken of as if they are universal experiences, but they have never reflected mine, which is why I clung to Bright Lines from the moment I started reading. Tanaïs’s story is about a modern Bangladeshi American family living in an overstuffed house in Brooklyn in the summer of 2003. They are weird and funny and have revolutionary politics and love so vastly and deeply. And even then, both parents and children have their own secrets and desires. Tanaïs draws out the challenges of figuring out your own queerness that remain even if you live in a diverse, accepting world and what it means to live between Brooklyn and Bangladesh in a way that never flattens either place. Once you read a book that shows you a fuller range of queer and brown experiences, going back to the one-note narratives will never be enough.”
—Jaya Saxena, The Cut

“Vivid and captivating. . . . Spell-binding and a page turner. . . . Bright Lines takes place in a Brooklyn that shimmers like a mirage—at once vivid and surreal. . . . A very promising debut that explores family, love, loss, and the painful process of growing up in a way that is both timeless and modern.”
—Emma Cueto, Bustle

“Tanwi Nandini Islam has given Zadie Smith’s White Teeth an American cousin where the characters of Bangladeshi origin are situated in America (Brooklyn to be exact) and not London. It’s a story of immigrants and their children, family secrets, and feeling like a stranger in a place you’re told is home. It’s a damn fine first book–easily one of the best debuts of the year.”
—Jason Diamond, Electric Literature

“Lush and vibrant, Tanwi Nandini Islam comes rushing out of the gate with her debut that has a lot of things (great characters, family story, history), but it’s her descriptions of Brooklyn streets and then the effortless move away to a place far away that shows this is a young writer who can control a story with the ease of a tested veteran.”
—Vol. 1 Brooklyn

“A brave, honest look at what it was like to be an 18-year-old Brooklynite in 2003, the daughter of Bangladeshi immigrants, teetering somewhere between innate rebelliousness and respect for heritage. Islam is an intuitive and inventive writer, and her story, which bounces between Brooklyn and Bangladesh, is wholly original. Don't miss it.”
—Bustle.com

“A wonderful debut. . . . The beauty of this novel is that it perfectly merges fascinating narrative, honest characters, and the rich history and culture of Bangladesh with the juxtaposition of Bangladesh’s past and future and of that country with America, adding to the reading pleasure.”
—Library Journal (starred review)

“It's a colorful, vibrant world that Bright Lines invites readers to step into and enjoy.”
—Shelf Awareness for Readers

“Every detail in this rich novel is evocative of transformation. . . . A sensitive and subtle exploration of the experience of gender nonconformity across cultures. . . . A transcontinental, transgenerational tale of a family and its secrets.”
—Kirkus Reviews

“Islam depicts lush Bangladesh and a gritty Brooklyn very well, and she’s at her strongest when following the free-spirited young women. The characters’ halfhearted feelings toward their Muslim identities provide an original and intriguing backdrop for their misadventures.”
—Publishers Weekly

“[A] refreshing and delicate debut novel. . . . Shuttling between Brooklyn and Bangladesh, Bright Lines explores in fast-paced prose and haunting descriptions of flora and fauna, the very nature of family, revenge, guilt and acceptance.”
—ArtsATL.com

“Bright Lines is the most daring, emotionally dense work I’ve ever read by a debut novelist. I can’t remember the last time a novel kept me breathless, wandering and reconsidering the decisions of my own life. Tanwi Nandini Islam has created a fictive world where race, place, desire, violence and deception beautifully cling to nearly every page, and really every part of her Brooklyn and Bangladesh. She is completely unafraid of insides and outsides of the characters she’s created. I dreamt about Ella and Anwar for weeks long after I finished the book. I’m sure the characters here, and the actual range of Islam’s talent will wonderfully haunt readers for a lifetime. Bright Lines is brilliant and absolutely soulful.”
—Kiese Laymon, author of Long Division

“Whether it’s entirely fictional or not (and I really don’t care) the New York City of Tanwi Nandini Islam’s novel is the one I want to live in! What a radiant, abundant, worldly, sharp and spirited novel! And what a good and powerful imagination, heart and soul seems to have produced it. Bright Lines is very special.”
—Francisco Goldman, author of Say Her Name

“Tanwi Nandini Islam is among an emerging generation of American writers giving voice to people, places, and concerns that have escaped the notice of the mainstream. Such is the range of her talent that in her first novel Bright Lines, Islam shows us two locales, Brooklyn and Bangladesh, that are as varied and vibrant as they are restrictive and horrible, no small achievement. Hats off!”
—Jeffery Renard Allen, author of Song of the Shank