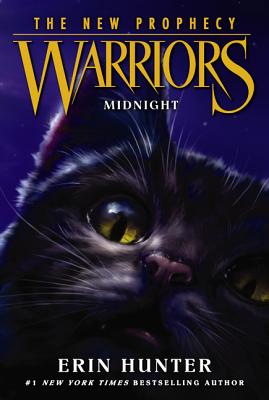 The first book in this second series, Warriors: The New Prophecy #1: Midnight, brings more adventure, intrigue, and thrilling battles to the epic world of the warrior Clans.

The wild cats of the forest have lived in peace and harmony for many  moons—but now, strange messages from their warrior ancestors speak of terrifying new prophecies and a mysterious danger.

Brambleclaw, a warrior of ThunderClan, may be the cat with the fate of the forest in his paws. Now he will need all the courage and strength of the greatest warriors to save the Clans.