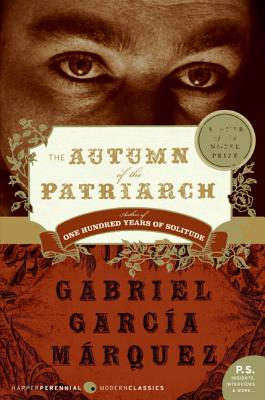 One of Gabriel García Márquez's most intricate and ambitious works, The Autumn of the Patriarch is a brilliant tale of a Caribbean tyrant and the corruption of power.

From charity to deceit, benevolence to violence, fear of God to extreme cruelty, the dictator of The Autumn of the Patriarch embodies the best and the worst of human nature. Gabriel García Márquez, the renowned master of magical realism, vividly portrays the dying tyrant caught in the prison of his own dictator-ship. Employing an innovative, dreamlike style, and overflowing with symbolic descriptions, the novel transports the reader to a world that is at once fanciful and real.

Gabriel García Márquez was born in 1927 in the town of Aracataca, Columbia.Latin America's preeminent man of letters, he was awarded the Nobel Prize in Literature in 1982. García Márquez began his writing career as a journalist and is the author of numerous other works of fiction and nonfiction, including the novels The Autumn of the Patriarch and Love in the Time of Cholera, and the autobiography Living to Tell the Tale. There has been resounding acclaim for his life's work since he passed away in April 2014.